SOCIAL RESPONSIBILITY IN THE STRATEGY OF BUSINESS ENTITIES

The concept of CSR has been gradually created on the concept of corporate altruism, and its existence is supported by the conclusion of several professional studies on the positive link between social responsibility and financial performance. The broader approach to this issue also takes indirect links into account. The most common outcomes are that this relationship is more layered, and positive effects prevail. At the same time, other, no less important benefits are highlighted, especially that of strengthening the company’s reputation, reducing (transaction) costs and risks, strengthening the strategic competitive advantage and, last, but not least, creating conditions for the synergy of information and values that benefit everyone (Carroll, 2015). Strategic Corporate Social Responsibility (SCSR) has been in mainstream CSR theory since the beginning of the new millennium, but the first signs of such an approach to. CSR can be found as early as the 1990s (Burke & Logsdon, 1996).
more

FIRM AGILITY AND DIGITALISATION LESS HELPFUL THAN EXPECTED DURING THE COVID-19 PANDEMIC, BUT VALUABLE IN THE LONGER RUN

The world had only just bounced back from the 2009 crisis when in 2020 COVID-19 triggered one of the biggest crises in almost a century, according to the OECD (2020b), causing a major disruption to world health, economic activity, well-being, and jobs. Estimated GDP performance in 2020 shows the 27 members of the European Union on average lost 6.1% of GDP compared to 2019 and around 660,000 jobs, despite substantial government support. The greatest decline was seen in Italy, losing almost 11% of GDP over 2019. Spain, Greece, and Croatia lost 8% or more of GDP, being hit largely due to their dependence on tourism. CEE economies lost between 2.7% (Poland) and 5.6% (Slovenia) of GDP (Eurostat, 2021). While aggregate estimates have been available for a few months, very little evidence can be found on the crisis’ impact on the firm level and the contribution made by various factors to differences in firm performance in 2019.
more

EFFECTIVE DETECTION AND PREVENTION OF FRAUD: PERCEPTIONS AMONG PUBLIC AND PRIVATE SECTORS ACCOUNTANTS AND AUDITORS IN SAUDI ARABIA

Fraud has metamorphosed into a major global concern. Regardless of size, profitability, or industry, organizations currently face severe challenges concerning economic and operational sustainability in the wake of deliberate and unethical fraudulent acts. The PricewaterhouseCoopers (hereinafter referred to as PwC) (2020) survey revealed that 47% of international firms were affected by fraud compared to 49% in 2018, 36% in 2016, 37% in 2014, and 34% in 2011. The PwC’s (2020) survey respondents reported total losses of 42 billion USD owing to fraud that negatively impacted brands, reputations, and market shares. Ironically, only 56% of the affected organizations conducted investigations, whereas barely one-third of these companies reported fraudulent outcomes to their boards.
more

Businesses today are facing fiercely competitive global environments and firms use widespread mass production of goods and services for lower cost and larger market shares to sustain their survival and growth (Shalley & Gilson, 2017). Therefore, a job design and characteristic of standardization has long been adopted to stifle production variation by individual employees and to maintain output consistency, effectiveness and efficiency (Koval et al., 2019; Luoh et al., 2014; Shalley & Gilson, 2017). Job standardization has long been recognized and shown to be essential for production efficiency and best-practice reasons (Shalley & Gilson, 2017). However, Keeley (1988) maintained that organizations have a fundamental tension between the goal of efficiency and the goal of morality and struggle for a delicate balance between these competing objectives.
more

MANAGERS’ ETHICS OF TAX EVASION: THE ROLES OF FAMILY, RELIGION, AND SOCIAL CONDITIONS

Ethical behaviors promote credibility among individuals, contributing to the well-being of a society. The increasing challenge among people to be openly responsible and be an exemplar of moral behavior repeatedly calls for policy proposals from both individuals and organizations. Tax attitude is viewed as one of the ethical issues that has long been a paramount concern in our society. Tax morale is considered so closely fastened to behavior to serve as an authority for action (Halla, 2012). Several studies on tax ethics examined the relationship between taxpayers and the government as well as personal attributes (e.g., Alm & Torgler, 2006). The studies of Richardson (2008) and Tsakumis et al. (2007) examined the influence of cultural values on tax behavior.
more 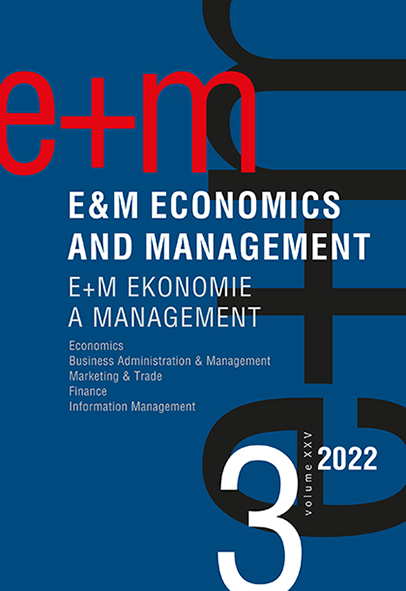