THE DETERMINATION OF FINANCIAL STRUCTURE IN AGRICULTURE, FORESTRY AND FISHING INDUSTRY IN SELECTED COUNTRIES OF CENTRAL AND EASTERN EUROPE

Every company needs financial resources for its business activities before its establishment and during its existence. For accounting purposes, these funds are arranged in the balance sheet, in which they form a part called the capital or financial structure, which, including both longterm and short-term sources of funding, is the subject of this research. In addition to the time structure, the financial structure is further divided into equity and debt sources of financing. The question that economists have been trying to answer for more than half a century is “what the right ratio of equity and debt sources of funding is?” We could find studies of various years, such as Modigliani and Miller (1963), Bradley et al. (1984), Bokpin (2009), Orlova et al. (2020), Růčková and Stavárek (2020) or Jin (2021). Unfortunately, even in such a long time, no answer has been found, because the balance of funding sources is influenced by a number of factors and therefore, countless studies dealing with this issue are still being published. In view of this fact, there is no general theory of capital structure, as stated by Myers (2001).
more

DETERMINANTS OF THE ADOPTION OF INNOVATIVE FINTECH SERVICES BY MILLENNIALS

According to the study by Ernst & Young entitled: “Global FinTech Adoption Index 2019”, the level of users taking advantage of FinTech services, expressed as a percentage of the digitally active population for 27 selected countries in 2019 presented the level of 64%. It is worth pointing out that for China this figure amounted to 87%, Great Britain 71%, Switzerland 64% and the USA 46% (Ernst & Young, 2019). As highlighted by Anderson (2015), people of different generations and demographic backgrounds incorporate new technology into their lives at different rates. This paper is focused on Millennials alone, also referred to as Generation Y. This generation includes people born in the period from 1980 to 1995. Millennials, along with Generation Z (also known as iGen and referring to people born in the years 1996–2010), belong to the generations which currently generate highly significant changes in the environment of modern financial institutions (Swacha-Lech, 2019).
more

Individuals in mandatory pension saving (MPS) scheme in Slovakia have their savings allocated mostly in one of the pension funds – equity or bond funds. Saving in only one of these funds will be considered as benchmark strategies. In our article, our goal is to compare the profitability that can be achieved with benchmark strategies compared to life-cycle savings strategies. In their case, the ratio of savings between equity and bond components changes dynamically, depending on the age and remaining savings period of 40 years (480 months). We deal with 3 types of individuals with different education level. In addition to comparing the potentially achievable returns at the end of the saving horizon, we will also be interested in the volatility of achievable returns and their spread from the average with the selected savings strategies. Savers are trying to get the best value for money, but they should also take into account the fact that higher potential appreciation also entails higher risk.
more

Tobacco is one of the most important cash crops and is considered as a domineering industrial crop. Tobacco is more proficient than any other crops to produce a massive amount of biofuel if cultivated for energy production instead of smoking (Andrianov et al., 2010). Pakistan is the world’s 8th largest tobacco producer (Shahbandeh, 2020). Over 75,000 farmers are cultivating tobacco in Pakistan. The crop was cultivated about on 51,000 hectars with a total production of 113,000 tones during 2017 (GOP, 2018). Tobacco crop got a significant place in the economy of the country by accommodating 350,000 workers directly and indirectly and is also adding up revenue of over Rs. 300 billion per annum. It is also providing a livelihood to about 1.2 million people in the country (Board, 2018). It is worth mentioning that tobacco has witnessed a decrease in production during 2016 with negative growth of 2.6 percent, over the same period last year (GOP, 2018).
more

AN EXPLANATORY MODEL OF THE ECOTOURISTS BEHAVIOUR: MANAGEMENT STRATEGIES FOR TOURISM SECTOR

The academia finds it necessary to know which factors, whether internal or external to consumer behaviour, influence their purchasing behaviour of ecological or natural products or services, which in the field of tourism take the form of a new form of alternative tourism, either through nature tourism or ecotourism (Hultman et al., 2015). Within the research on consumer behaviour, studies have been carried out to understand the attitude of so-called ecotourists (Han, 2015; Kiatkawsin & Han, 2017), but their ecological behaviour as consumers continues to be a field of research that offers diverse spaces for study, since the research is still scarce, especially in terms of knowledge of the importance of psychographic, personality, cultural, economic and demographic factors (Hultman et al., 2015; Kiatkawsin & Han, 2017). Furthermore, the literature review emphasizes the need to deepen the understanding of environmentally responsible behaviour by incorporating the external, contextual, or group variables that influence such behaviour (López Miguens et al., 2015).
more 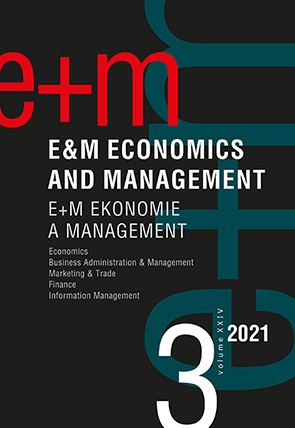