Reducing the gender pay gap is one of the key priorities of gender policies at both the European Union and at the national levels. At the European Union level, the European Commission priority is “reducing the gender pay, earnings, and pension gaps and thus fighting poverty among women” as one of the key areas in the framework of the Union of Equality: Gender Equality Strategy 2020–2025 (European Commission, 2020). The unadjusted gender pay gap indicator is used to monitor imbalances in earnings between men and women (Eurostat, 2021a). The unadjusted gender pay gap (GPG) is defined as the difference between the average gross hourly earnings of men and women expressed as a percentage of the average gross hourly earnings of men. It is calculated for enterprises with 10 or more employees (Eurostat, 2021b).
more

Tourism is responsible for the movement of people worldwide, and the tourism industry has an enormous contribution to the global economy (Toral-Granda et al., 2017). According to World Travel and Tourism Council (WTTC, 2019), the tourism industry contributed 10.4% of the world’s service sector’s GDP and generated 319 million jobs, or 10% of total employment, in 2018. However, tourism is also one of the largest environmental resource consumers, accounting for nearly 5% of global CO2 emissions (UNTWO, 2017). Furthermore, environmentally friendly activities such as responsible tourism, sustainable tourism, and ecotourism improve local people’s quality of life and minimize environmental problems (Caruana et al., 2014). Therefore, it is necessary to emphasize environmentally friendly tourism activities.
more

In recent years, the wave of digitalization has swept the world, and the digital economy, a new economic form, has emerged and become an important driving force for transformation and upgrading, as well as the high point of a new round of industrial competition among countries around the world. In particular, the COVID-19 outbreak in 2020, while giving the traditional manufacturing industry a considerable impact and posed severe challenges to economic development around the world. It has further highlighted the role of the engine of the digital economy and made it a key driving force for the global economic recovery and the development of the world economy (Steiner, 2019). For China, on the one hand, after years of rapid development, the traditional kinetic energy of the national economy continues to weaken and can no longer forcefully pull the economy to soar, so it is urgent to find new economic growth kinetic energy; on the other hand, the extensive traditional pattern of economic growth emphasizes quantity, ignores quality and low efficiency, which causes waste of resources and also brings severe environmental problems.
more

DIFFERENCES IN THE CAPACITY OF ADOPTION OF THE ENABLING ICTS FOR INDUSTRY 4.0 IN CHILE

This work seeks to identify the degree of diffusion of some enabling ICTs for industries in the Chilean productive fabric. Some technologies included here are: Big data, RIFD, Cloud computing, ERP, CRM, SCM and the area of IT security, which are basic elements for the Fourth Industrial Revolution. Data from the Survey on Access and Use of Information and Communication (ICT) in Companies 2018, which were published by the Ministry of Economy of Chile (MINECON, 2020), were used. It should be noted that a part of the total enabling technologies for Industry 4.0 is measured, which are not only focused on software, but also include innovation in electronics, optics and mechatronics. We currently are lacking the sufficiently comprehensive national statistics that allow us to fully follow the phenomenon of adoption of this type of technology.
more

Brownfields (greenfields) are defined as the areas with a significant change in the past from sites with intensive use to sites with limited use, further to under-utilized and abandoned areas (De Sousa, 2003; Frantál et al., 2013; Syms, 1999). Brownfields are generally classified as the sites with a high probability of substantial changes. Marcuse and van Kempen (2000) use the term ‘soft locations’ for such sites. Brownfields are the sites characterized by abandonment, discontinuation of production and often associated with land contamination (Jetmar, 2008; Kirschner, 2005; Lange & Mc Neil, 2004). This fact may lead to the loss of value of such property accompanied by a decrease in the land price, an increase in unemployment, or increased costs of the clean-up (Čiháková Aguilar, 2009). Although brownfield sites are the post-industrial outcomes of various anthropogenic activities and land use, the scarcity of land may play an important role in the attempts of finding new ways of utilization, redevelopment, and restoration of such areas based on their evaluation with regard not only to environmental issues but also sustainable development (Ahmad et al., 2018).
more 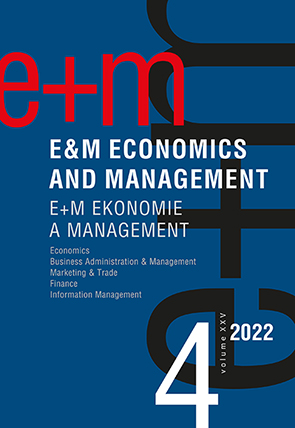